According to a press release from the resort, the new name and logo “honor the resort’s history as a land of legends—home to freeskiing pioneers, Winter Olympians, and cultural icons across more than seven decades of ski history”.

Inspired by the sheer granite faces and chutes that compose this otherworldly terrain, Palisades Tahoe says the name is a result of the collective experience of a fiercely loyal community, united around a shared place that has fascinated and exhilarated for generations. This change will bring both mountains of the former Squaw Valley Alpine Meadows together under one unified name

“It is inspiring that after seven decades in operation, a company as storied and established as this resort can still reflect and adjust when it is the necessary and right thing to do,” said recently appointed Palisades Tahoe President and COO Dee Byrne in the press release. “This name change reflects who we are as a ski resort and community—we have a reputation for being progressive and boundary-breaking when it comes to feats of skiing and snowboarding. We have proven that those values go beyond the snow for us. It’s an incredibly exciting time to be part of Palisades Tahoe and after more than 10 years at the resort, I’m honored to be leading our team into this new era.

Palisades Tahoe says that their 2020 commitment to rename the destination was made after extensive research into the historical and current usage and regional history of the word “squaw,” and discussions with the local Washoe Tribe, which affirmed the position that it is widely considered a racist and sexist slur against Indigenous women.

The renaming process began last year with an in-depth research and discovery process that would be the first step in informing the new name. At the outset, the resort team dissected what elements of these neighboring valleys, from the mountains to the people, truly set them apart. They looked at the history of the Washoe Tribe, whose ancestral lands were in Olympic Valley, to extreme ski movies that featured the resort, to the spectrum of feedback on the name change decision. Next, the team carefully conducted numerous surveys—collecting more than 3,000 responses—and held focus groups in order to consult with a wide range of individuals in the community, including local residents, longtime pass holders, athletes who grew up on these slopes, employees of the resort, and members of the local Washoe tribe

According to the resort, the central themes that emerged from the discovery process included the unique geography and one-of-a-kind terrain of these mountains, the deep Olympic and ski culture histories across both valleys, the resort’s ability to challenge all levels of skiers and riders, and the incredible strength and loyalty of the community. With the name Palisades Tahoe, the resort honors the past—the arena that put Olympic Valley on the map, inspired countless skiers to push the limits, and created a culture unlike any other— and looks towards a new chapter

“Anyone who spends time at these mountains can feel the passion of our dedicated skiers and riders. It’s electric, exciting, reverential, and incredibly motivating,” said Ron Cohen, former president and COO of Palisades Tahoe in the press release. “However, no matter how deep, meaningful, and positive these feelings are and no matter how much our guests don’t intend to offend anyone, it is not enough to justify continuing to operate under a name that is deeply offensive to indigenous people across North America. We were compelled to change the name because it’s the right thing to do, especially for the generations yet to come, who will grow up without having to use a slur to identify the place where they chase their dreams down the mountain. We know how much people love this place, and so we spent more than a year making sure that we were doing right by the community in choosing a name that would honor the past and reach out to the future. I am so grateful to the Palisades Tahoe team for their dedication to writing the next chapter of the resort’s storied history.”

The Palisades Tahoe name captures and honors two of the resort’s most legendary arenas, one on the Olympic Valley side and one on the Alpine Meadows side, where granite walls rise all around and where generations of freeskiers made their mark, according to the resort. Capturing this spirit of freedom, the new logo aligns the two unique mountains that makeup Palisades Tahoe with the outline of a majestic eagle—a nod to the sacred Washoe symbol used to communicate with the heavens, the powerful bird that calls Tahoe home, and to the resort’s freeskiing roots. The bold colors and interwoven design pay homage to these majestic mountains—past, present, and future—and the fierce allegiance and individuality of the Palisades Tahoe community

Going beyond the name change, Palisades Tahoe writes in the press release that it has begun building a partnership with the Washoe Tribe of Nevada and California to continue to give the tribe a platform to educate the public about their culture and the valleys’ origins as the ancestral land of the Washoe Tribe, and to ensure mountain accessibility for present and future Washoe generations. This summer, the resort launched the Washoe Cultural Tour series, which offers guests a view of the mountains through the eyes of the Washoe people. Darrel Cruz, Director of the Tribal Historic Preservation Office and Cultural Resources Office of the Washoe Tribe, shares stories of Washoe history and culture at the High Camp mid-mountain lodge. In addition, Palisades Tahoe will install a Washoe exhibit at High Camp, complete with tribal artifacts that show the Washoe way of life that members seek to preserve to this day. The groups are also exploring future programming centered on making skiing more accessible to Washoe Tribe members

The resort says that it will begin implementing the new resort name and branding immediately, but expects the full changeover to be a multi-year process. The base area village on the Olympic Valley side will now be known as The Village at Palisades Tahoe, and Palisades Tahoe also plans to debut new names for the Squaw One and Squaw Creek chairlifts, to be selected with input by the Washoe Tribe, Resort at Squaw Creek, and the public. Palisades Tahoe leaders continue to assist other local businesses who are interested in changing their names, and the Washoe Tribe is leading the efforts to rename Squaw Peak and Squaw Creek.

For more information on Palisades Tahoe and their upcoming winter season, visit their website. 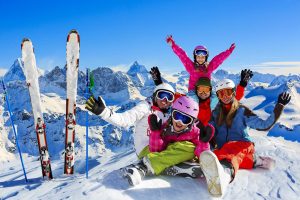 Great ski resorts to choose for kids and families

How to Demo Skis Efficiently 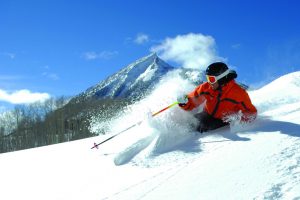