At the start of autumn, European skiers look west towards the Pacific Ocean in search of the first signs of a La Niña winter, which is known for bringing bumper snowfalls to the Alps. This year we have a few reasons to be cautiously optimistic . . . A “La Niña watch” has now been officially issued which is great news for skiers watching long-range weather forecasts for winter 2022.

Although long-range weather forecasts for winter are a bit like crystal ball divination, meteorological models are more or less the same.

Weather, as we know, is very hard to predict so far in advance. And that is why it is difficult to predict snowfall, especially for specific regions. Changes come from day to day and the weather often develops differently than meteorological models predicted.

OnTheSnow knows how eager you are to get as much information as possible about skiing conditions, so we’ve gathered research from meteorological teams about the weather and summarised the facts to give you our long-range weather forecast for winter 2022.

The U.S government’s National Weather Service says they are seeing potential signs of a La Niña weather pattern developing over the next couple of months. Cooling temperatures in the tropical Pacific has begun, and is expected to intensify through autumn and towards winter. The National Oceanic and Atmospheric Administration (NOAA) is now officially on “La Niña watch” and the odds of at least a weak La Niña has risen to 70-80%.

The NOAA forecast discussion for winter 2022 said, “It’s looking more probably that La Niña will lock in by this winter.” It looks like this year will be a “second-year La Niña” with increased chances of colder conditions and above average snowfall this winter and through to spring 2022.

El Niño and La Niña have their biggest impact on global climate during the Northern Hemisphere winter. During past La Niña winters the Alps has seen record amounts of snowfall! So early signs are looking good for UK skiers desperate to make up for lost time on the slopes due to the pandemic.

What is the La Niña phenomenon and how does it affect the weather?

La Niña is a phenomenon related to the marine atmosphere and is the colder opposite of El Niño. Like El Niño, his “sister” La Niña is causing weather changes around the world. During the La Niña phenomenon, large masses of cold surface water are shifted from the South American coast to the central parts of the tropical Pacific.

La Niña also causes a decrease in overall humidity and a decrease in precipitation in the coastal parts of North and South America. Simply put, the La Niña phenomenon is associated with a generally drier winter on the American continent, as well as more abundant and stormy weather in Australia and Asia.

As for the impact of the La Niña phenomenon on the weather in Europe, it will depend on when the current La Niña of the CP (Central Pacific) type is changed to the EP (Eastern Pacific) type. This change will gradually bring warmer air, milder temperatures and also less precipitation to Europe.


Some European ski resorts are already open! Read our Early season skiing in Europe article and check out our list of open ski resorts in Europe. 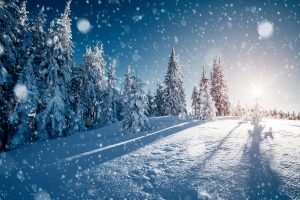 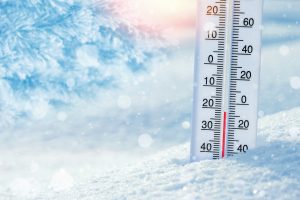 How Do Weather Models Work? 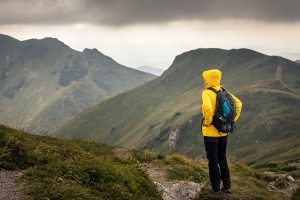